To share your memory on the wall of Anne Griffin, sign in using one of the following options:

Born on September 5, 1946 in Grand Falls to Stanislaus and Hilda (nee Delaney) Griffin, Anne attended Notre Dame Academy and was taught by the Presentation Sisters. She excelled academically at school and was passionate in her pursuit of education. Summers were spent in Placentia, the birthplace of her parents.

After high school, Anne felt a call to enter the religious life and embarked on her post-secondary education at St. Bride’s College at Littledale Convent, St. John’s NL and graduated with full teaching credentials. She eventually decided to live her life as a lay Catholic and continued her career as a teacher. Anne returned to Grand Falls and the majority of her teaching career was spent at St. Francis Xavier Elementary in Windsor NL, from which she retired in the late 1990s.

Beyond being a school teacher, Anne was an accomplished pianist. She taught and nurtured countless young aspiring pianists in Grand Falls, guiding them through many Kiwanis Music Festivals and accolades but most of all inspiring a life-long appreciation of music. Some of her former piano students pursued music degrees becoming professional musicians and music educators thanks to her fastidious tutelage in their early years.

Playing piano and music in general were always a major part of Anne’s life. Her favourite composer was Mozart and she considered his music to be ‘transcendental and sublime’. She still has vinyl and a turntable which is rather fashionable these days.

Upon retirement from teaching, Anne dedicated her efforts to her church. Within the diocese, she worked in the Office of Liturgy and as the Liaison for Pastoral Works. At the Cathedral of the Immaculate Conception, she contributed through her service as a reader, choir member, musical accompanist, and as a member of many committees. Anne’s strong faith was reflected in her years of selfless service to her church community and it is that faith that sustained and comforted her to the end.

Visitations will take place at Central Funeral Homes, 45 Union Street, Grand Falls-Windsor, on Thursday, September 19th from 7:00 to 9:00pm, and Friday, September 20th from 2:00 to 4:00pm and 7:00 to 9:00pm.
The Mass of Christian Burial conducted by Bishop Anthony Daniels will be on Saturday, September 21st at 11:00am at the Cathedral of the Immaculate Conception, Church Road, Grand Falls-Windsor. Pallbearers are Jerry Sullivan, Ross Cole, Glen Edwards, Dennis Power, Pierce Carey, and Don Pelley. Honorary pallbearer is Gary Vokey.

The family extends its sincere appreciation to the staff of the Central Newfoundland Regional Health Centre for their generous care and compassion. Funeral arrangements were entrusted to Jim Maidment of Central Funeral Homes.

In lieu of flowers, donations may be made to the Canadian Cancer Society.
Read Less

Receive notifications about information and event scheduling for Anne

Donations are being accepted for: Canadian Cancer Society.

We encourage you to share your most beloved memories of Anne here, so that the family and other loved ones can always see it. You can upload cherished photographs, or share your favorite stories, and can even comment on those shared by others.

Your Niece, Martha sent flowers to the family of Anne Marie Griffin.
Show you care by sending flowers

Posted Sep 21, 2019 at 05:53pm
I grew up near Anne on Riverview Rd, many times during our younger years we got together on a Saturday to trade our comic books. My sincere condolences on her passing to her family and friends, may she rest in peace.
Comment Share
Share via:

Posted Sep 18, 2019 at 06:29pm
Anne was a wonderful person. She will be deeply missed and I will always cherish the times I've spent with her. May she rest in peace.
Comment Share
Share via:
BH

Posted Sep 18, 2019 at 06:05pm
Deepest Condolences to Anne’s Family, we will always remember our annual gathering as a group at Plate Cove and the fun and laughter we shared. We will cherish those times. RIP Anne, we shall miss you.
Steve and Bernice Hearn
Comment Share
Share via:
WB

Posted Sep 18, 2019 at 03:08pm
Condolences to the family and friends of Anne Griffin. She was a positive contributor - to her faith, her community and her students.
Comment Share
Share via:
JE

Posted Sep 18, 2019 at 09:46am
Anne was my aunt, my mom's sister, and a second mother to me and my sisters and brother in so many ways. We could write a book and fill it with our precious memories of her, however, one book wouldn't be enough. My heart is breaking as I grieve her passing, this great woman of strength and and unshakeable faith. This woman who gave me countless, precious hours of her time as a child and teenager to help me develop into the pianist, music educator, and woman that I am today. I say this from the bottom of my heart and being...I would never have become a musician without her influence and encouragement in my early years. I was a very shy child, but playing the piano allowed me to express the world I held inside my heart and head. I'd be lost without music in my life, and Anne helped me find music, and in many ways, helped me find my voice, and my purpose in life. She helped me along the road to finding myself. And I know she's still with me.
I love you Anne, always have, always will.
Comment Share
Share via: 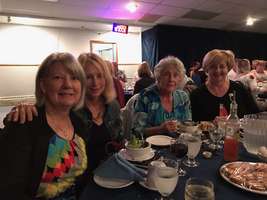 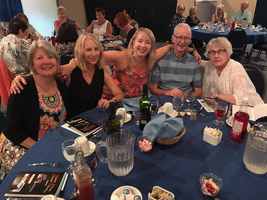 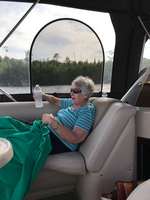