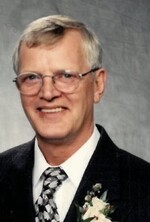 Donald Hillier
December 14th, 1944-May 16th, 2022
It is with great sadness that the family of Donnie Hillier announce his passing at his home on May 16 at the age of 77. He retired from the city of Toronto where he worked as a machinist. Donald is predeceased by his mother Patricia Griffin, father George, son Daniel, brother John and sister Cathy. Leaving to mourn with fond and loving memories his loving wife, Ruth, sons; Dwayne and Dennis, daughters; Deneen and Melissa, along with many grandchildren. Donnie also leaves to mourn his brothers; David (Veronica-deceased), Terry (Pat Roberts), sister Patricia (John McCarthy) along with many relatives and friends.
Donnie was a great dancer with all the moves; whether it was the jivie or a waltz, when you danced with Donnie, you really felt like you were a great dancer too. A famous pool player: he played the game with style; he had pizzazz. A real showman behind the eight ball!
A musician from an early age, Donnie played trombone in the school band and the Hillier family played in the Music Festival in the family group category. His talents didn’t end there! Donnie was skillful hockey player and played on St. Mike’s High School hockey team and later played with the Corner Brook Royals.
He was known for his sense of humor that was intact right to the very end and had a quiet way about getting it across that had a real appeal to everyone around him.
Donnie loved his children fiercely. He lost Daniel at a young age and was so proud of the fact that through organ donation, Daniel saved and improved many lives.
He always made time for all the grandchildren and great nieces and nephews. He showed a genuine interest in them and always had a little inside joke and a special connection with each of them. He really cared and you could tell. He had a special relationship with Hillary and Matthew and always had time for a little fun. The fun and devilishness worked in both directions. Donnie always sat in one particular chair in the living room, and everyone knew it was his. However, whenever Hillary came to visit, that’s the chair she would sit in and just wait quietly for the ruckus to begin. The teasing between his and Matthew was their way of showing their love for each other.
Donnie had a smile for everyone that made them feel welcome and included, no matter what the occasion. When he was talking to you, it’s like the world fell away and he was truly listening to every work and forming a real connection. He valued people and it felt so special to be in his circle of love.
While he mostly preferred a quiet life, Donnie was open to Ruth’s family and welcomed them often. Sometimes for a meal or a game of cards or dice, and others, like with Angus, to live in their apartment and share many meals and good times together. His generosity and kindness knew no bounds.
Donnie’s most incredible relationship of all was the one he shared with his beautiful Ruth. Donnie was a long-time friend of the Carey family and attended a party or two on 41 Lincoln Road. Many years later, Donnie reconnected with Ruth and true love bloomed. Donnie and Ruth shared an incredible relationship. They absolutely accepted one another for who they were, never asking the other to change. They supported one another for who they were, never asking the other to change. They supported each other and allowed each other to do what they needed to live a full happy and peaceful life. From Grand Falls to Toronto and back to Grand Falls, their love stayed true and the warmness between them was always so nice to be around.
Gelsey Kirkland once said, “The dance goes on forever. So shall I. So shall we.” That’s how we’d like to picture Donnie… dancing through heaven’s gates and waiting patiently for his dance partner to join him again, when the time is right.
Donnie, we will remember you. We will remember your hugs and how they were always the real deal. We will remember your smile and that sparkle in your eyes. We will remember your warmth and generosity. And we will miss you always.

Funeral arrangements were entrusted to Mike Goodyear of Central Funeral Homes. A funeral celebration will be held at a later date.