To share your memory on the wall of George Boone, sign in using one of the following options:

It is with great sadness that the family of the late Edward George Boone announce his passing at the Central Newfoundland Regional Health Centre in Grand Falls-Windsor, NL on June 18, 2019 at the age... Read More
EDWARD GEORGE BOONE
1929 - 2019

It is with great sadness that the family of the late Edward George Boone announce his passing at the Central Newfoundland Regional Health Centre in Grand Falls-Windsor, NL on June 18, 2019 at the age of 89. George retired from Great Eastern Oil and Import Company. He is predeceased by his wife, Stella, daughter, Sharon, parents, Jim and Clara Boone, brother, Harold, and sisters, Elizabeth and Olive. Leaving to mourn with fond and loving memories are his sons, Doug Boone (Angela) of St. John’s, NL, and daughters, Deborah Rideout (Christopher) of Mount Pearl, NL, Carol Jenkins (Maurice) of Grand Falls-Windsor, NL, Janet Hart of St. John’s, NL, and Michelle Gilbert (Rod) of Grand Falls-Windsor, NL. Also leaving to mourn are his 19 grandchildren and 12 great-grandchildren. Rev. Kim Waite will conduct the funeral service from Central Funeral Homes Chapel in Grand Falls-Windsor, NL, on Friday, June 21, 2019 at 2:00 p.m. Flowers gratefully accepted by the family or donations may be made in his memory to the Lionel Kelland Hospice. Funeral arrangements were entrusted to Jim Maidment of Central Funeral Homes.
Read Less

Receive notifications about information and event scheduling for George

We encourage you to share your most beloved memories of George here, so that the family and other loved ones can always see it. You can upload cherished photographs, or share your favorite stories, and can even comment on those shared by others.

Posted Jun 21, 2019 at 04:35pm
Rest in Peace Uncle George.
Mom always talked about her big brother.She would tell me
stories of going to movies as kids, knitting his socks.
Now they're all together in Heaven.

Posted Jun 21, 2019 at 10:41am
To Adam and family,
Sorry to hear about your grandfather. Celebrate his life and cherish all the good memories you have of him. Keep his memory in your hearts and he will be with you always. May he rest in peace.
Take care.
Teresa Laite
Comment Share
Share via:
HS

Flowers were purchased for the family of George Boone. Send Flowers

Posted Jun 20, 2019 at 09:54am
Mr Boone as I referred to him always greeted me with a smile and a nice greeting when ever I would meet him, he will live on in all of our memories, Lisa Lannon Sullivan
Comment Share
Share via: 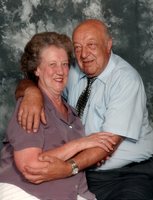