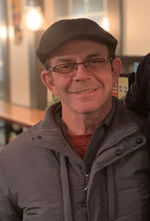 The family of Harry Francis MacDonald are deeply saddened by his passing on November 16, 2020 at age 68.

Harry grew up in Grand Falls-Windsor across the street from the stadium. He loved hockey and many nights sneaked out of the house to skate in the rink. Harry graduated from GFA High School in 1970, then spent a year in the Canadian Armed Forces. After he married “his beautiful bride” in December 1975, they decided to go to Memorial University. Harry graduated with a Bachelor of Arts, Bachelor of Education and Masters of Education (Educational Psychology) in 1983.

Harry started his career as a guidance counsellor in LaCrete, Alberta, then returned to NL to continue his career in Deer Lake, Grand Falls-Windsor and Bishop's Falls. “Mr. Mac” as he was known to his students, was a champion of student rights. His advice, support and guidance to the hundreds of students he worked with helped shape their futures as they became adults. His favourite extra curricular activity was coaching volleyball and organizing the annual Valentine's Day dance to raise money for trips to tournaments. The team members became a part of his extended family and kept in touch over the years.

When Harry retired in 2007, he decided to try a new sport for him, golf. With much perseverance, a few lessons from Tony and a lot of practice it became his passion. He loved the challenge, how social it was, and of course the fashion. His golf wardrobe was a thing of legends!

Life was an adventure to Harry. Every activity was something to be excited about. He would count the sleeps left until a family gathering or trip to visit family. Whether it was golf, a fishing trip with Bruce, or driving to Ontario to visit Josie and family, or to Florida to visit Dianne and family, excitement and music were always in the air.

Harry loved family and friends. All were welcome at 102 Lincoln Road. Gatherings on the patio with a chiminea fire, Harry's favourite music filling the air, a tour of his beloved garden and a few swallies were commonplace whether it was Salmon Festival weekend or just an impromptu get together. Family friends, acquaintances and strangers were always welcome.

Harry may have been small in stature but he was a man with a big heart. It had to be, to hold all the ones he loved...and all those who loved him. Did he bring love into this world? You bet he did.

Though the light of the world is dimmer without him in it, the lives he has touched and students he has helped will surely make the future even brighter.

The family would like to thank all the medical staff who helped with Harry's care during his illness.

As Harry always said, we're here for a good time, not a long time.

Cremation has taken place. Due to COVID-19 restrictions a celebration of Harry's life will take place at a later date. Donations may be made in his memory to the Lionel Kelland Hospice.