To share your memory on the wall of John (Dick) Byrd, sign in using one of the following options:

Print
It is with broken hearts the family of the late John Dennis (Dick) Byrd announce he passed peacefully away at his home in Grand Falls-Windsor on September 6th, 2020, at the age of 64.

Known as “Dick” to his friends, John lived most o... Read More
It is with broken hearts the family of the late John Dennis (Dick) Byrd announce he passed peacefully away at his home in Grand Falls-Windsor on September 6th, 2020, at the age of 64.

Known as “Dick” to his friends, John lived most of his life in Grand Falls-Windsor except for a brief stint in Alberta. All his working life was spent operating heavy equipment or tractor trailers and he took great pride in the quality of his work. When he wasn’t working, he loved nothing more than spending time at his cabin at Diversion Lake.

John is predeceased by his parents Jack and Zita Byrd, grandparents, aunts, uncles, and cousins. He leaves to mourn Margaret (sister), Sean (brother) and Lynda Andrews as well as a large circle of very close friends and relatives.

The family would like to express special thanks to the Nurses (John called them The Angels of Chemo) and Doctors at the Bliss Murphy Centre in Grand Falls-Windsor and St. John’s for the unbelievable care and support he received during the past couple of years.

As per John’s wishes, cremation has taken place. Flowers are welcome or donations in his memory may be made to the Bliss Murphy Cancer Centre at the Central Newfoundland Regional Health Centre, Grand Falls-Windsor.

Visitation and funeral service will be held with restrictions due to COVID-19.
Read Less

Receive notifications about information and event scheduling for John (Dick)

We encourage you to share your most beloved memories of John (Dick) here, so that the family and other loved ones can always see it. You can upload cherished photographs, or share your favorite stories, and can even comment on those shared by others.

Posted Sep 14, 2020 at 07:05am
To Sean , Marg, and Lynda.. No words will ever do justice to the impact Dick had on the lives of so many friends.. Every time a good moment from my past comes up Dick is in it.. After getting sick of being ripped off buying salt meat at Sobey's downtown myself and Dick decided the boys at Angus's camp deserved better.. The store worker was not pleased to see several tubs of salt meat opened and us picking out the best of all of them.. God love you my friend.. I will see you soon enough..
Reg and Patricia Feener
Comment Share
Share via:
MK

Posted Sep 13, 2020 at 01:44pm
Sorry to hear of your brother`s passing Marg. Thinking of you at this sad time. Condolences to your family.
Comment Share
Share via:
JF

It has been over 40 years since I have seen Dick, but I can honestly say I, and my wife Kathy, hold many fond memories of Dick. Myself, I recall many an evening with Dick roaming around Grand Falls in our teenage years, or climbing the roads up by Red Cliff to watch the sun rise and have a refreshment. Later years in St. John's, Dick would stop in and visit us with the fixings for a meal which he cooked, as he was hauling fish off the island and fresh vegetables back.

Many a good time was had...He was a great guy and will be missed....

Posted Sep 11, 2020 at 09:21am
Marg and Family, sorry to hear of the passing of your Brother, our thoughts and prayers are with you during this difficult time.
Lester & Alice Kelly
Comment Share
Share via:
BI

Margie So sorry to hear of Johns passing . Have known John for many years and so sad to see him leave us so soon. My thoughts and prayers are with you all. Brian Inder 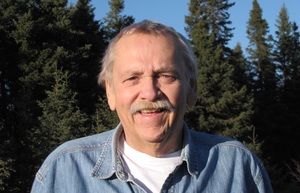 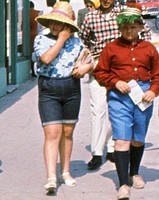 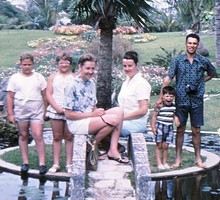 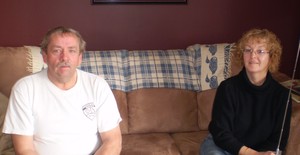