To share your memory on the wall of John MacSween, sign in using one of the following options:

Provide comfort for the family by sending flowers or planting a tree in memory of John MacSween.

Provide comfort for the family of John MacSween with a meaningful gesture of sympathy.

It is with great sadness, that the family of the late John Hugh MacSween announce his passing at the Central Newfoundland Regional Health Centre in Grand Falls-Windsor, NL, on June 26, 2019 at the age... Read More
JOHN HUGH MACSWEEN
1950 - 2019

It is with great sadness, that the family of the late John Hugh MacSween announce his passing at the Central Newfoundland Regional Health Centre in Grand Falls-Windsor, NL, on June 26, 2019 at the age of 68.
He is predeceased by his parents, Hugh and Annie MacSween, brother, Michael, and sister, Mary. Leaving to mourn with fond and loving memories are his wife of 41 years, Cheryl, sons, Kristopher (Joy) of Antigonish, NS, and Ian (Nicole) of Lower Sackville, NS, daughter, Courtney, of Bedford, NS and his beautiful grandchildren, Nicklaus, Ella, Fia and Rory. Also leaving to mourn are his sisters, Agnes (Les) of Bedford, NS, Margaret (Frank) of New Waterford, NS, and, brothers, Hector (Cheryl) of Point Edward, NS and Sandy (Liz) of Bedford, NS, sister in-law Anita MacSween of Halifax, NS, many nieces and nephews and a wide circle of friends. John was a loving husband, father, grandfather, brother, uncle and friend.
He met the love of his life, Cheryl during the 1975 summer break in Cape Breton. Married on May 20th, 1978 they went on to create a loving family and were just settling into life as grandparents, spoiling Nicklaus, Ella, Fia and Rory.
Born in East Bay, NS, John was a gifted athlete and mainstay on the local ball fields and ice covered ponds. He led a storied athletic career, starting with pitching a no hitter in the summer of 1961. He was an outstanding hockey player, playing for numerous teams including the St.FX X-Men’s hockey team and the Grand Falls Cataracts. He would talk about the many great memories and friends from those days and loved to listen to ‘Big Strong Man”, a popular sing along on the team bus and favourite on his ‘jigs and reels’ driving playlist.
After hanging up his playing skates, he would go on to coach for many years. John said his favourite part of coaching was seeing players master new skills. He led many talented teams including the Triple AAA midget Artic Blast, Grand Falls Cataracts, the 1991 Newfoundland and Labrador Canada Games Team, and the Exploits Valley High Eagles. In 1992, John was awarded the 125th Anniversary of the Confederation of Canada Medal, recognizing his contribution to the community for his volunteer work.
It is no surprise that John was a successful coach after a 39-year career as a teacher. After graduating from X in 1972, he began his love affair with NL with a stint at Notre Dame Academy, returning to NS for a year of teaching in Antigonish, before being offered the teaching role at St. Francis Xavier Elementary where he spent the majority of his career. He spent his final teaching years at Avoca Collegiate, finally retiring in 2002 from Exploits Valley High. Retirement didn’t last long. John and Cheryl started a new chapter in their life when they moved to St. Georges Hill, SK to teach for another 9 years. There, they were welcomed into another community and made many life long friends.
To say he was an avid golfer would be an understatement. Everyone wanted a round with Mac. He had the ability to connect with anyone and make every round an absolute joy. It didn’t hurt that he could also sink some monster putts! He especially loved taking all the quarters he could off the boys. The Grand Falls Golf Club was so much more than a game of golf to him. It was a community of friends and family and he loved being a part of it.
The only other place he would rather be in the summer would be a day spent at the beach in Cape Breton riding the waves with his family. Memories of summers spent in the Highlands are held in our hearts with the utmost of love and delight.
John was the kindest, gentlest soul with a wicked sense of humour. He would welcome anyone he met with a smile and a story. There are no words to describe how we will miss his unmistakeable chuckle and twinkle in his eyes. We love you so much.
Father Tom Duffenais will conduct the funeral mass at the Cathedral of the Immaculate Conception in Grand Falls-Windsor, NL, on Monday, July 1, 2019 at 11:00 a.m. Interment will be held at a later date at the Saint Mary’s Roman Catholic Cemetery in East Bay, Cape Breton, NS. Funeral arrangements were entrusted to Michael Goodyear of Central Funeral Homes.

Receive notifications about information and event scheduling for John 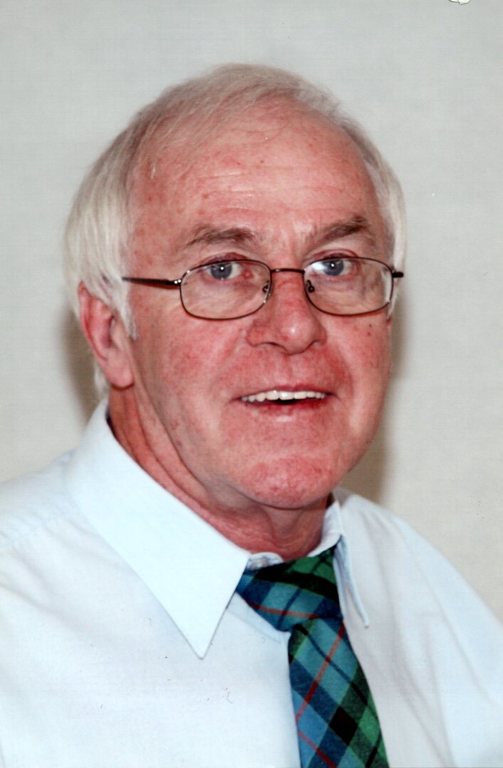 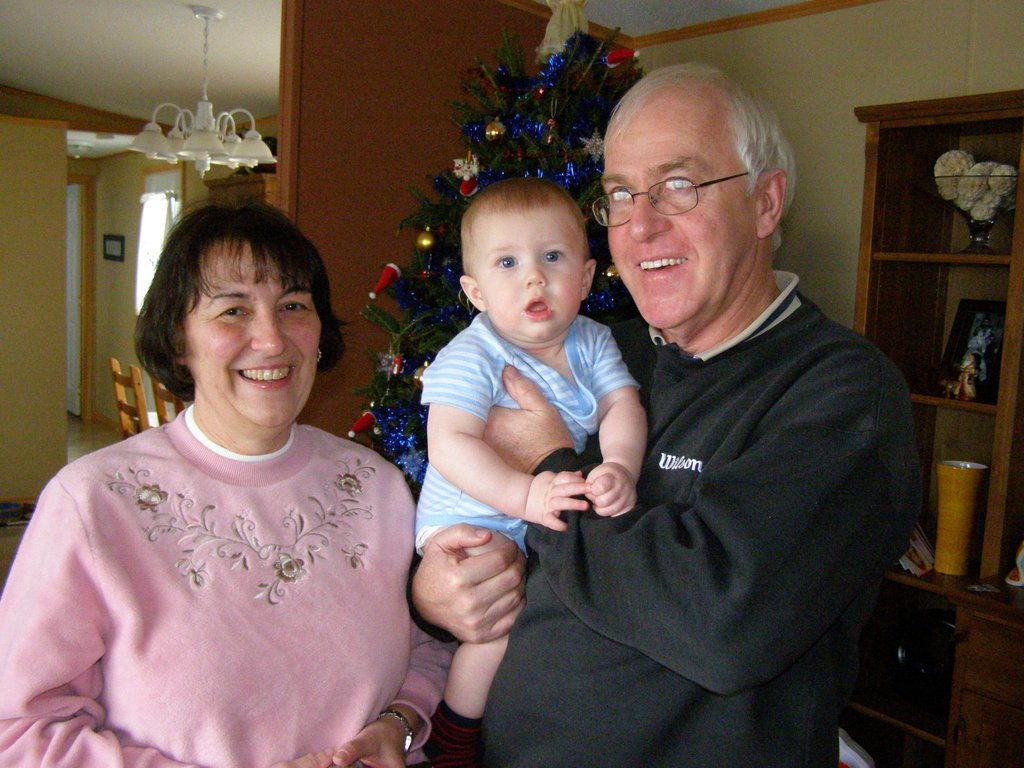 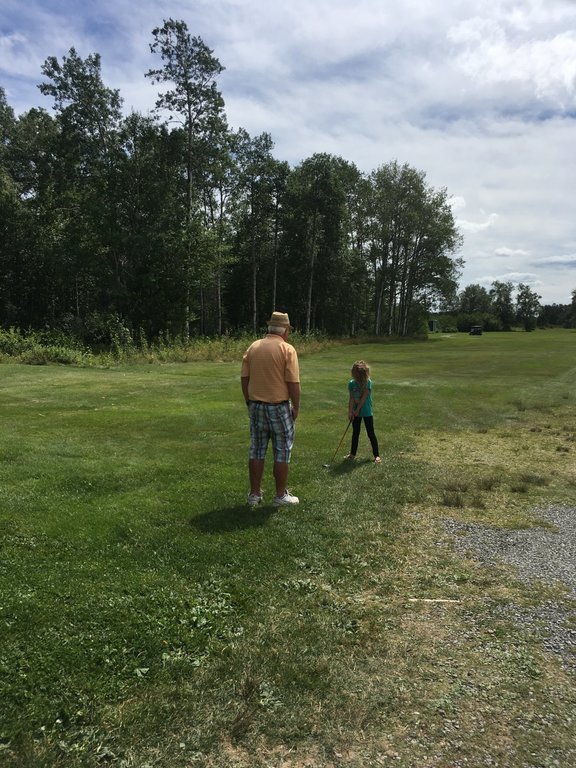 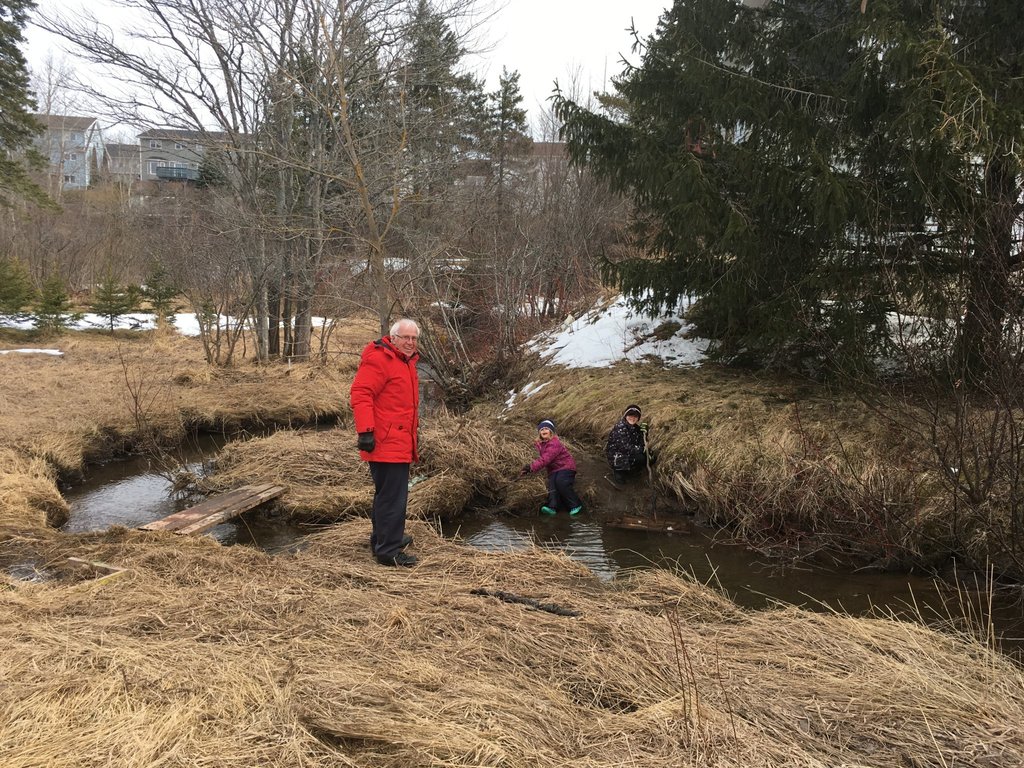 We encourage you to share any memorable photos or stories about John. All tributes placed on and purchased through this memorial website will remain on in perpetuity for generations.

Dear Courtney and family: I’m so sorry for your loss. I didn’t know John personally, but while at StFX I felt like I got to know him through Courtney, at least in some small way. I’d actually “known” of John even before I met Courtney, as he was a part of my dad’s stories about his university days at X. Since those days I have heard Courtney tell many of her own stories that speak to the special bond between her and her dad, and I feel lucky to have experienced it, even if it was second hand. My thoughts are with you all at this difficult time. Take care and sending love, Stephanie Oliver
Comment | Share Posted Jul 10, 2019 at 12:19am via Condolence
LC

Dear Cheryl and family, our sincere condolences to you all. Cheryl, although I haven’t seen you for many years following our days at St. F.X., Dave and I did hear about you and John over the years whenever fellow St. F.X. grads were together, reminiscing about the old days and sharing stories. We were so sad to hear of John’s passing, and the family pictures on the obituary web site gave us such an insight into the commitment and love John had for you and your wonderful family. Sending hugs and prayers from Lesley(Buzzell, aka Buzzie, class of ‘74 and Dave(class of 72).
Comment | Share Posted Jul 04, 2019 at 02:54pm via Condolence
GH

To John MacSween's family:
Please accept my deepest sympathy and sincere condolences on Mac's sudden passing.
The world has lost a good and worthy man.
I always liked Mac and had many good times and laughs with him, when we were on the Cataracts together in 1973/74,and years later.
Years later he always welcomed me home when I came back to Grand Falls, especially at the golf club, where he would approach me with that great smile ,eyes sparkling, and hand outstretched to shake mine,
and say :"Nova! How are ya? Great to see you!"
He and I always found it funny: John from East Bay, C.B,and me from Grand Falls, and he welcoming me home!
John was always happy and a pleasure to be around.
I did not know him well, but we would always cross paths over the years and it was a special moment.
We always had a laugh together and he was a special guy who everyone loved.
Rest in Peace Mac.
You did your best lad, as a Father, teacher, mentor and friend to all.
God will love you.
God Bless you and your family in your hour of sorrow.
Sincerely,
Frank "Nova" Hiscock
Comment | Share Posted Jul 03, 2019 at 06:14pm via Condolence
GH

Dearest Cheryl, Kristopher, Ian and Courtney,
Words seem so insufficient and inadequate in times of grief, but please accept our sincere and heartfelt sympathy in your hour of sorrow. We are both so deeply saddened to learn of John's sudden passing.
The community has truly lost one of its best. John's life was always one of service to others. He was an amazing teacher, coach, mentor, volunteer and a true friend. His love for his family was immeasurable.
We will always remember him as a gentle, fun-loving guy, who had a warm smile for everyone he met. Who could ever forget his infectious and signature chuckle?
John's legacy will live on in the many lives he influenced, and in the hearts of those who loved him and were fortunate enough to call him friend.
Hold on to your precious memories and know that he will always be with you.
Rest easy, Mac. You will be greatly missed.
Sincerest condolences,
Gus and Barb
Comment | Share Posted Jul 03, 2019 at 08:54am via Condolence
JD

Condolences conveyed to the family and friends. A genuine soul with a disposition that at all time made one comfortable and welcomed in his presence.
Comment | Share Posted Jul 03, 2019 at 08:35am via Condolence