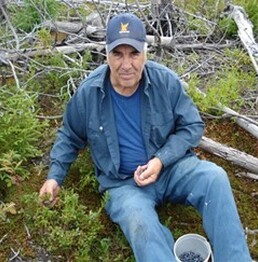 It is with sadness the family of William J. Foley (Bill) of Badger, NF announce his passing after a courageous battle with pancreatic cancer on January 7, 2022, at the age of 78. Grieving his loss is his wife of 52 years, Joan (nee Roberts) and his daughters Denise, and Sherri (Brendan). Also left to mourn are his grandchildren Parker, Tyler, Lauren, Jack and Aiden. Predeceased by his parents Maurice and Alice, brothers Jack and Richard and sister Elizabeth, he is survived by sisters Catherine, Helen, Madeleine, Barbara and Marion (Ray), brothers Joe (Brenda) and Jerry, numerous nieces and nephews, and in-laws. Bill worked for Abitibi Price as a welder until his retirement in 2001 and spent his later years on the golf course with his friends Dave, Angus, and Terry. He was a meticulous crafter and enjoyed painting and woodworking. He also enjoyed picking the odd berry.
Bill was a good man, stubborn with a dry sense of humor, and he faced the challenges of the past few years with grace and dignity. He loved his girls and his grandkids, not so much their pets especially the Guinea Pigs. The cat was tolerable.
The family would like to say a special thank you to Watson and Karen George, Bill and Sharon Mayne, Dave and Theresa Furlong, Dr. Clancy and Ruth Wells from the Palliative Care Unit and to all who offered kindness and support during Bill’s illness.
No service will be held at his request and in lieu of flowers a donation may be made in his name to the Canadian Cancer Society.