To share your memory on the wall of William Harnum, sign in using one of the following options:

Jim enjoyed sharing his knowledge with others over his lifetime and some of those shared moments had a very big influence on the lives he touched.

If family and friends so desire, in lieu of flowers, donations can be made to the Max Simms CNIB Family Camp.
Read Less

Receive notifications about information and event scheduling for William

Donations are being accepted for: Lion Max Simms Memorial Camp.

We encourage you to share your most beloved memories of William here, so that the family and other loved ones can always see it. You can upload cherished photographs, or share your favorite stories, and can even comment on those shared by others.

Posted Jul 27, 2019 at 10:18pm
I remember Mr. Harnum very well. I believe he worked with Sprague and Henwood, the drilling company contracted by ASARCo in Buchans. If I remember correctly, he was also a powerfully built man, quiet, but very friendly and talkative - if he liked you.

My memories goes back maybe fifty years ago when he was probably in his late thirties, early forties. From all the pictures posted he left quite the legacy of family and friends.

Even back then he seemed content /happy with where he was in life and I think all those pictures since then, reflect that.
My deepest sympathy to Bob and Cheryl and the extended families of Mr. Harnum. A life well lived.
Comment Share
Share via:
CH

Posted Jul 25, 2019 at 09:50pm
On behalf of all the Harnum families in Manitoba we are sending our prayers and condolences to Jim’s family and friends .
RIP JIM
Comment Share
Share via: 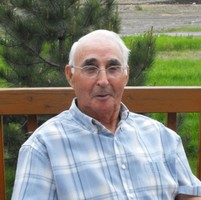 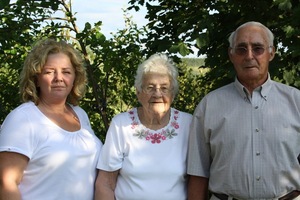 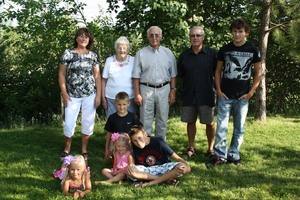