To share your memory on the wall of Philip Power, sign in using one of the following options:

Provide comfort for the family by sending flowers or planting a tree in memory of Philip Power.

Provide comfort for the family of Philip Power with a meaningful gesture of sympathy.

After a full and wonderful life that lasted more than 92 years, Philip Francis Power of Grand Falls-Windsor passed away at the Carmelite House on the morning of Wednesday, August 26, 2020. His beloved wife, Sheila, and their daughter, Rosemary Davis, were by his side as he took his last breath during a tranquil sleep.

Philip was born at the Lady Northcliffe Hospital in Grand Falls on May 22, 1928, the first child of Ellen Mary (Rose) Power and Cecil Ignatius Power. The couple proved to be prolific multipliers, and Philip was eventually the eldest of twelve siblings living in a little house on Haig Road. Philip attended Notre Dame Academy until his adolescence and later moved to St. John’s to complete high school at St. Bonaventure’s College. During his time at St. Bon’s, Philip was asked if he would consider becoming a Christian Brother. Although he had great fervour for his Roman Catholic faith, Philip felt he was called to marriage, not ecclesiastical life. However, he was a quiet, reserved fellow who did not have a flair for meeting potential brides. “When I was a teenager and in my early twenties, I never had a date in my life, mainly because I had no money, and I didn’t drink or smoke,” he recalled in 2016. “I didn’t have a car. I didn’t have a bike. I had nothing.”

Mercifully, one of Philip’s sisters introduced him to Sheila McCarthy, an exquisitely pretty and kind young woman whose family owned the Grand Falls Drug Store. Sheila certainly saw something in this man who “had nothing.” She and her twin sister, Noreen, were frequent visitors to Haig Road and taught Philip how to dance. On June 2, 1953, the Coronation Day of Queen Elizabeth II, he proposed to Sheila on Bank Road hill as he was walking her home from a dance. After a four-year engagement filled with many laughs and games of Scrabble, Philip and Sheila married at the Cathedral of the Immaculate Conception on August 28, 1957. The next year, the couple welcomed baby Rosemary. Thirteen months later, Robert arrived, and Anthony (Tony) followed in 1961. The family lived at 15 Elm Street, but in 1967, they decided to move all the way next door to 13 Elm Street. Jennifer, their youngest child, was born in 1968.

A witty, sharp-minded and eloquent man, Philip was employed as an office worker in the supply store at the Abitibi-Price pulp and paper mill for more than 35 years, and he walked proudly with his coworkers in many a Labour Day parade. Over the decades, he also made great contributions to the community as a volunteer. He was Grand Knight of the Knights of Columbus Notre Dame Council #2053 and a member of the Knights of Columbus Bishop O’Neill Assembly, Fourth Degree. He once had the honour of being named Knight of the Year for Newfoundland and Labrador. He was also president of the local chapter of the Canadian Red Cross, a Eucharistic minister, president of the Exploits Valley 50+ Club, an honorary member of the Central Newfoundland Visual Arts Society (CNVAS), and a nominee for Citizen of the Year. Always a lover of language and public speaking, Philip became a charter member of the Grand Falls-Windsor Toastmasters Club in 1967 and remained with the organization for more than half a century. He was honoured with a Lifetime Membership from Toastmasters in 2015.

Philip had a passion for politics and was a campaign manager for Bill Rompkey and Dr. Fred Rowe. A highlight of his life in the political realm was a dinner with Premier Joseph R. Smallwood at the Confederation Building in St. John’s in the early 1970s. As someone who lived in Newfoundland both before and after Confederation, Philip had an intense appreciation for Canada’s social safety net. Just two months ago, he mentioned how pleased he was that the federal government was providing financial assistance to those in need during the COVID-19 pandemic. “People come first,” he said. “Never mind worrying about the debt.”

A well-groomed gentleman known for tipping his hat to everyone he passed on the sidewalks of Grand Falls-Windsor, Philip never tired of receiving silk ties and fine shirts for Christmas. It was sometimes said that he had the nicest bald head in Grand Falls. To the best of the family’s knowledge, he never once wore a pair of blue jeans, and he most certainly never tasted beer. He was sometimes heard exclaiming, “Liquor will never touch my lips!” Philip believed in eating healthy meals, getting a good night’s sleep, maintaining good posture, and exercising. Well into his 80s, he enjoyed walking all over town. In fact, if you look up Elm Street on Instant Google Street View, you will see Philip, smart in his blue shirt and Tilley hat, walking near the stop sign in the summer of 2013.

Philip often said, “I’m tough like Pop.” He and Sheila survived many difficult times, most notably the tragic death in 2011 of their son Tony. A few years ago, Philip also had to accept the complete loss of his vision because of glaucoma. In blindness, Philip did not complain, and he continued to make the most of his life. He had always been an avid reader, so he switched to audio books, some of which were delivered to his door on Elm Street by the superb staff from the Harmsworth Public Library. A huge fan of Major League Baseball, he enjoyed listening to the play-by-plays on television. During his last years, one of his favourite things was going out for walks and snacks with Leo, his kind and devoted brother. Philip gleefully stated in 2017 that a party marking his 60 years of marriage to Sheila was one of the top ten experiences of his life.

In 2019, Philip suspected that he had cancer, although the family didn’t want to believe it. Of course, he was right, and he received a cancer diagnosis after being hospitalized on July 30 of this year. His final weeks were sometimes difficult, but Philip maintained his dignity, clarity of thought, and wit. His first priority was to ensure that his children and grandchildren knew that he loved them, and he declared that he loved Sheila more than anything in the world. Philip was always comfortable with mortality, and if he had any fear, he certainly didn’t show it. It is a great blessing that Philip had the privilege of dying in a comfortable, safe place while surrounded by loved ones.

Several years ago, Philip talked about how he wanted to be remembered. “I want them to say he wasn’t a world traveller or a great woodsman,” he explained, “but he was a good Christian.”

Visitation will take place 2 - 4 p.m. and 7 - 9 p.m. on Monday, August 31, at Central Funeral Homes in Grand Falls-Windsor. The funeral Mass will be held at the Cathedral of the Immaculate Conception on Tuesday, September 1, at 11 a.m.

Interment is at 2 p.m. on September 2. Donations in Philip’s memory may be made to the Canadian National Institute for the Blind (CNIB).

The Power family wishes to thank the staff of the Carmelite House and the Central Newfoundland Regional Health Centre for the care provided to this remarkable man in the final month of his life.

Receive notifications about information and event scheduling for Philip 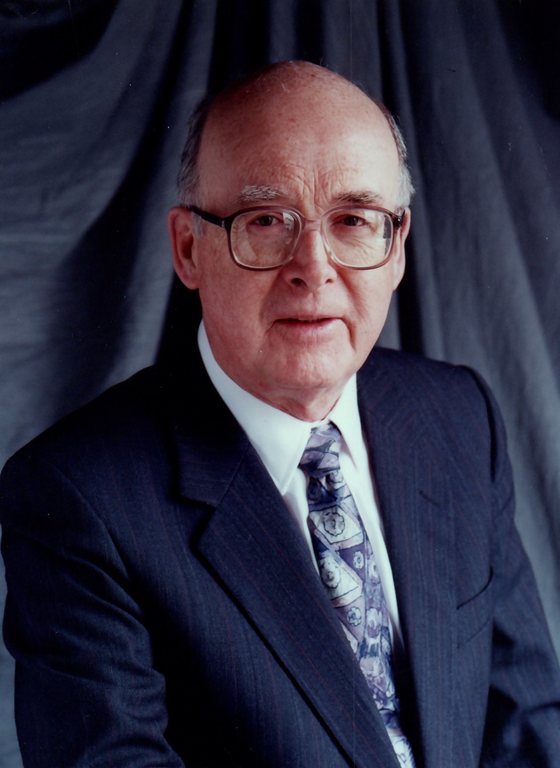 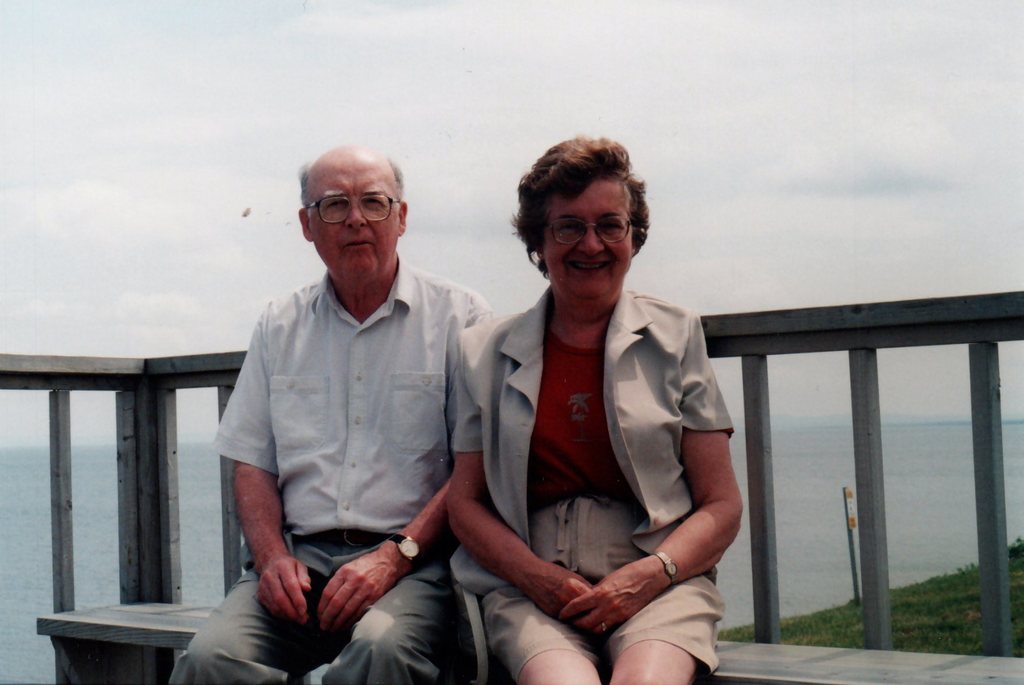 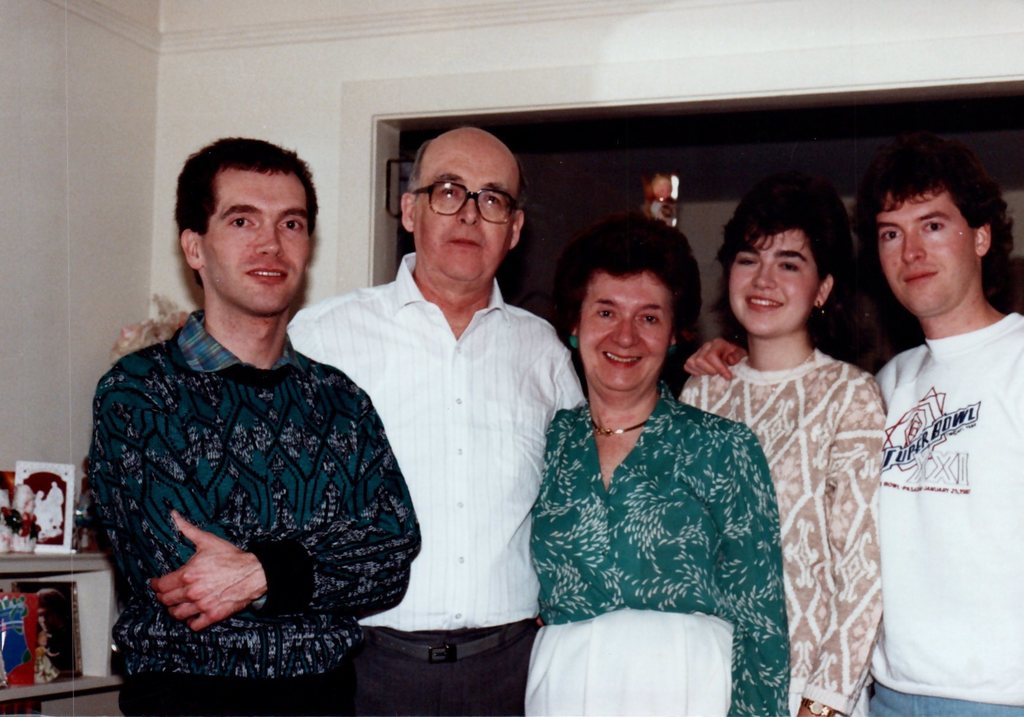 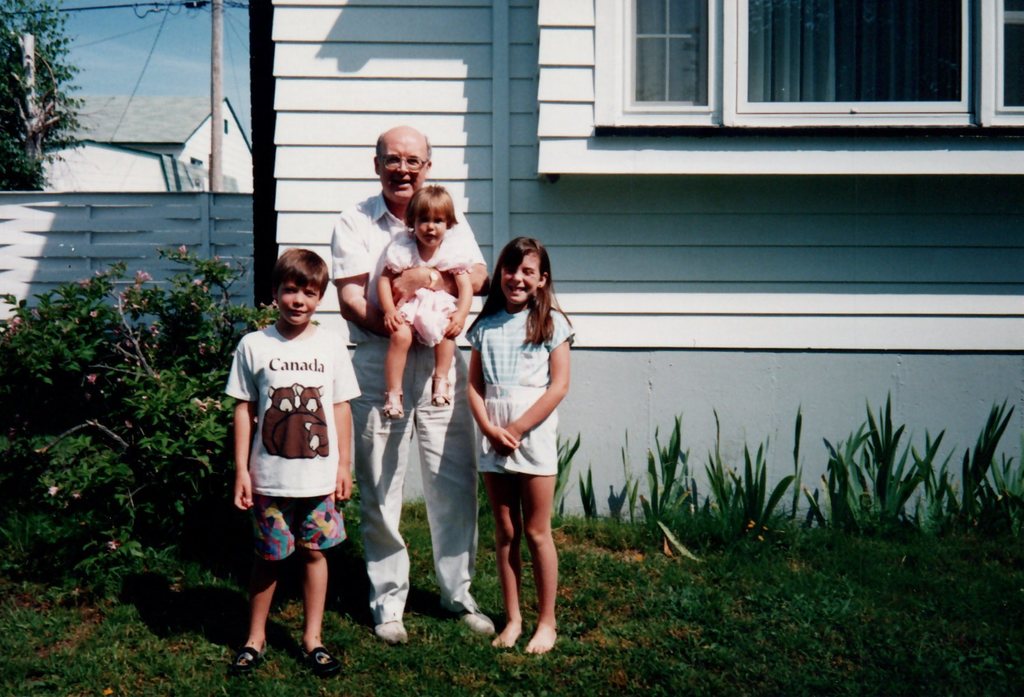 Donations are being accepted for: CNIB.

We encourage you to share any memorable photos or stories about Philip. All tributes placed on and purchased through this memorial website will remain on in perpetuity for generations.

Sheila, so very sorry to hear of Phil’s passing. You certainly have lost a wonderful soul. Sincerest condolences to you and your family from Reg and me. You are in our thoughts and prayers.
Comment | Share Posted Sep 06, 2020 at 09:07pm via Condolence
CJ

To the Power Family,
We are so sorry to learn of Phil’s passing. I am sure heaven has gained another beautiful soul. I got to know Phil back in the very early 80s when a group of people were called by the Bishop to be the first group of Lay Eucharist Ministers in our Cathedral Parish. I admired him for his principles and his fervour. Please accept our sincere condolences. God Bless! Rest In Peace, dear, gentle man!
Comment | Share Posted Sep 04, 2020 at 08:56am via Condolence
JS

Sheila and Family. Sincerely sorry for your loss. Phil was a great neighbour, always stopping to chat when he was out walking. A very good person.
Comment | Share Posted Sep 01, 2020 at 12:03pm via Condolence
CM

Rosemary our deepest condolences to you and your family. We didn't know your Dad but from the lovely words you wrote about him tells us that he lead a very rich life full of things he accomplished and the things that brought him joy as well as a lot of love.
Your Dad will always be by your side and in your heart. George and Cecilia MacDonald
Comment | Share Posted Sep 01, 2020 at 08:56am via Condolence